The Linguistic style sheet is a brainchild of the Linguistic Society of America. A little less than two decades ago, the LSA realized that 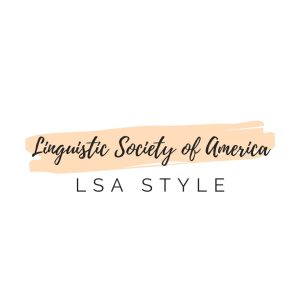 there was no style guide for writings in the field. Much like psychologists, lawyers, and medical professionals, there was a concern that scholars of language did not have a style that was uniquely theirs and specific to their needs.

While it is still quite young, the LSA style sheet is shaping up well to become the premier academic writing style guide for linguists and perhaps even scholars of other disciplines. This style has been worked out in consultation with a broad range of editors, and it reflects broad, though not universal consensus. Most importantly, we see this as a step in an ongoing process: Some journals will adopt this sheet in its entirety, and others will adopt it on most points, but define certain differences, reflecting the norms of a subfield or language-specific tradition.

The LSA style sheet initiative is one project undertaken by the Linguistic Journal Editors’ group that has been meeting regularly at the LSA meetings and keeps in touch via an e-mail listserv maintained at Ohio State University.

As would be expected, linguists are very interested in dictating exactly how papers are formatted and not just the referencing part only.

Formatting According to the LSA Style Sheet

Of course, there is the basic stuff:

Then there are more in-depth rules where the LSA style sheet specifies certain things: 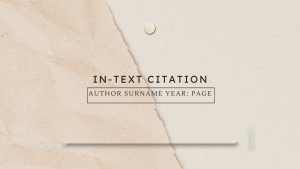 The LSA Style sheet favors an author-date-page system. Although, the page may not always be relevant especially today with so many internet sources which are not paginated. It is a parenthetical style. Although, unlike almost every other style, the LSA style sheet does not offer multiple formats for in-text citations. According to the guidelines, either all components of the citation should be in parenthesis or none of them should be. In addition to this, there are more rules to pay attention to and learn before moving on to learning how to cite sources:

The golden rule of referencing sources in academic writing, not just in LSA but all styles, is to provide as much information as possible to allow the reader to easily find that source should they want to. The standard format for referencing in LSA style is:

Author’s surname, given name(s) or initial(s); given name and surname of other authors. Year of publication. Full title and subtitle of the work. For a journal article: Full name of the journal and volume number (roman type).inclusive page numbers for the entire article. 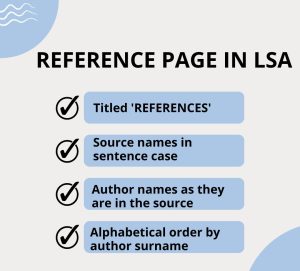 How Does the LSA Style Sheet Compare to MLA Style? 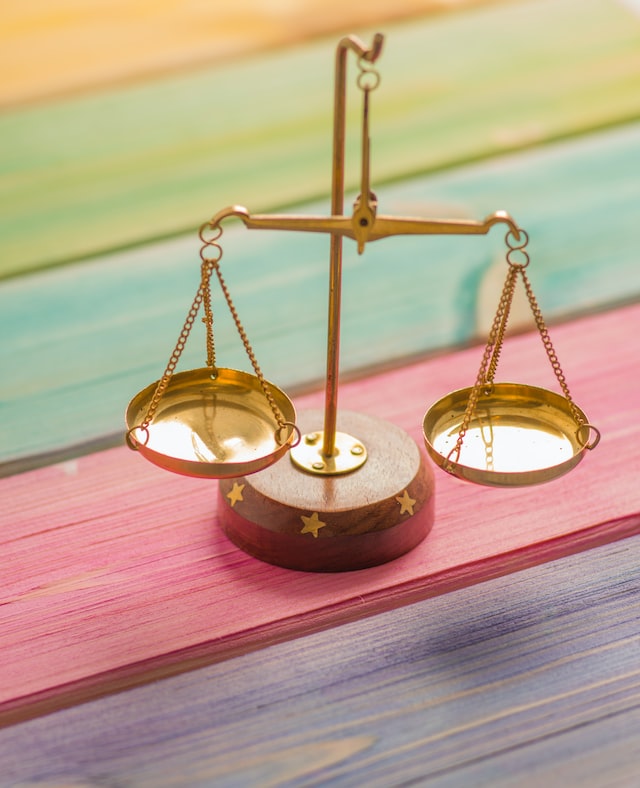 Comparing LSA to MLA. Photo by Elena Mozhvilo on Unsplash

Both style guides are aimed at serving scholars in language. However, the intention of creating LSA style sheet was not to replace or compete with MLA but rather to do something different. MLA was created by scholars, for scholars. This means that the style is very concerned with how sources are cited and referenced. While it does offer some guidelines on how to format academic papers, the manual is mostly focused on citing sources and developing the Works cited page appropriately.

On the other hand, the LSA style sheet was developed for linguists, scholars, or otherwise. Thus, the guide does not put too much emphasis on how to cite and reference sources but rather on how to format the paper as well as how to apply different language tools like punctuation in referencing.

As much as one might want to generalize seeing as LSA borrows quite a bit from other referencing styles, the above observations make it clear that the style has its individuality and should be studied as such. Some of the rules are completely different from those of other referencing styles. Also, considering the fact that this style sheet is more concerned with formatting makes it a bit more complex, perhaps. This necessitates the input of a professional when you need to apply the style to your paper.